How to Avoid Rape

HealthWiki > Where Women Have No Doctor > Chapter 19: Rape and Sexual Assault > How to Avoid Rape

There is no one right or wrong way to behave to avoid rape. But there are some things a woman can do that may make her less likely to suffer some kinds of rape. What a woman does depends on how well she knows the man, how afraid she is, and how much danger she thinks she is in. Remember, if a woman is raped, it is not because she failed to avoid the rape, but because someone stronger forced himself on her.

These ideas may help any woman avoid rape

Learn to trust your feelings.

Most women are taught from a very early age to always be polite and to try not to offend anyone. So when someone does something that makes a woman feel uncomfortable, she often has a hard time acting on her feelings. But be careful if you: 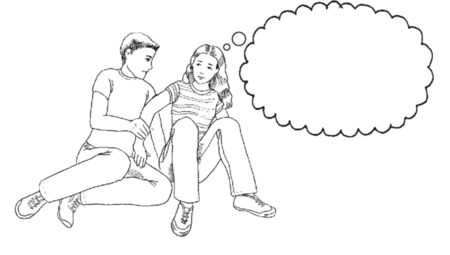 I don't want to look stupid by running away from him... It's probably nothing anyway.
Trust your feelings. It is better to offend someone if you are wrong than to be raped.

It can be hard to act on these feelings because you may be afraid of what other people will think. In addition, if the person is someone you know or care about, you may not want to admit that he would do you harm. But it is always best to trust your feelings and get out of a situation that feels uncomfortable before anything bad happens.

Be prepared to get away:

If he has power over you (for example if he is your boss, your doctor, a teacher, or an official):

Sometimes sexual abuse of children continues for many years. A girl may be told that she will be harmed or even killed if she tells anyone about it.

← PREVIOUS | NEXT →
Retrieved from "http://en.hesperian.org/w/index.php?title=Where_Women_Have_No_Doctor:How_to_Avoid_Rape&oldid=94343"