HealthWiki > Where Women Have No Doctor > Chapter 16: Sexually Transmitted Infections and Other Infections of the Genitals > Working for Change 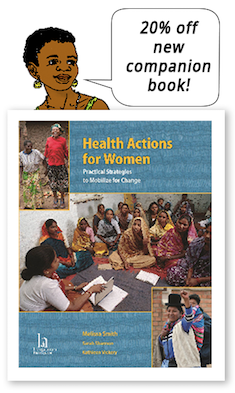 Save 20% on Health Actions for Women. Use code "FEMHW"
In this chapter:

Preventing STIs can protect you and your partner from serious illness and infertility.

How to Prevent STIs 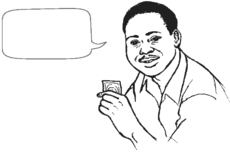 Female and male condoms will:

Do not have sex when you or your partner has signs of an STI.

Working for safer sex in the community

Sexually transmitted infections are a health problem for the whole community. To help prevent STIs in your community you can: 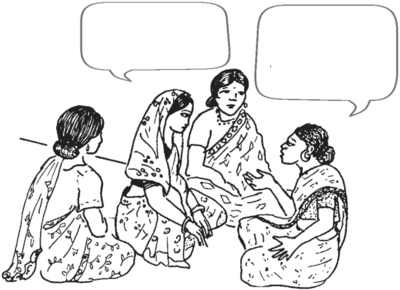 If he says it will not feel as good with a condom...
I'll say, you can last even longer and we will both feel good. 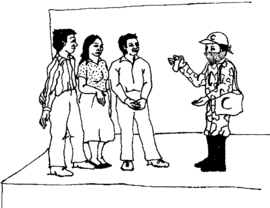 We thought about how to get men to use condoms and decided that we needed to educate the entire community about the dangers of STIs and AIDS and how to prevent them. We organized a play and got people from the community to act in it. We created a special character called “Commander Condom” to come to the rescue with condoms. Everyone came to watch the play. People enjoyed it and they also learned. Now the men make jokes about “Commander Condom,” but they are also more willing to use them.

To the health worker:

See the chapter on “Sexual Health” for information about:

← PREVIOUS | NEXT →
Retrieved from "http://en.hesperian.org/w/index.php?title=Where_Women_Have_No_Doctor:Working_for_Change:_Sexually_Transmitted_Infections_and_Other_Infections_of_the_Genitals&oldid=92723"