Agriculture, mining, oil drilling, and many other industries dump chemical wastes into water sources. This makes the water unsafe to drink or to use for preparing food, for bathing, or for irrigation.

In some places, water may be contaminated by toxics that naturally exist in the earth, such as arsenic and fluoride (a natural substance that causes brown spots on teeth and severe bone weakness). As the groundwater is used up, the risk of natural toxics grows because they are concentrated in the water that is left.

Whether they are from industry or from the earth itself, toxic chemicals are usually invisible and difficult to detect. Testing water in a laboratory, possibly at a university, can help detect both natural toxics and chemicals from industry. If possible, try to get the water to the laboratory within 6 hours of collecting it.

Drawing for discussion: How do toxic chemicals get in the water? 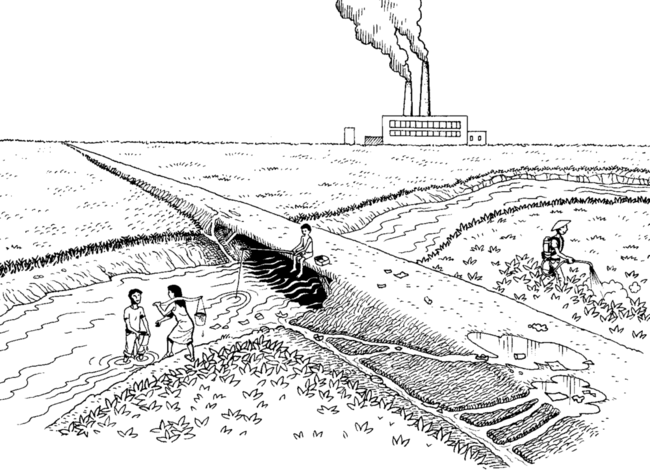 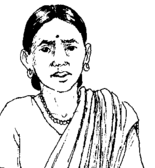 The only way to make sure water is free of toxic chemicals is to prevent pollution at the source. If you think your water is contaminated, you can organize your community to map water sources and find problems with your water supply, and then to take steps to stop the pollution. But the only way to know for certain what chemicals are in water is to test it at a laboratory.

To prevent contamination from toxic chemicals: 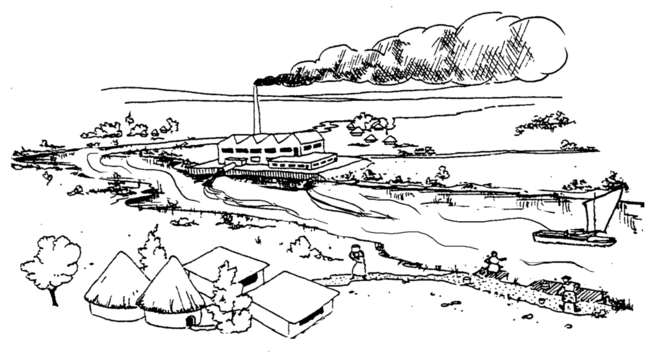 For centuries, most people in Bangladesh drank surface water from carefully protected ponds. But to bathe and wash dishes and clothes, they used rivers, ditches, and other unprotected water sources. This water was often contaminated with germs, causing diarrhea, cholera, hepatitis, and other health problems. So the government worked with international agencies to build shallow tube wells all over the country. Public health campaigns encouraged people to use the “safe” groundwater from tube wells instead of surface water.

Soon there were fewer health problems from germs. But a large number of toxic poisonings started to be reported around 1983. Many people got very sick with skin sores (lesions), cancer, heart disease, and diabetes. Many people died. No one knew what was causing these illnesses. By 1993, scientists agreed some illnesses were caused by arsenic in the groundwater. Nobody had tested the groundwater for arsenic. However, almost half the tube wells draw water with too much arsenic in it.

How did the arsenic get into the water? Scientists do not agree about why there is so much arsenic in the groundwater in Bangladesh. Arsenic naturally existed in the groundwater before. But some say it was made worse when big farms drew so much water for irrigation that they changed the flow of the water underground and made the arsenic concentrate (get stronger).

About 40,000 people in Bangladesh are now sick from arsenic poisoning, mostly women, poor people, and domestic workers. Arsenic-related health problems take years to develop, so many more people will become sick. Better water is the only way to treat the health problems from too much arsenic.

This disaster got worse for so long, and remained without much study or remedy, because the people suffering are among the world’s poorest. If water in the capitol city of Dhaka was contaminated (it is not) or the sickness was happening in a wealthy country, action would have happened more quickly.

The poisoning in Bangladesh shows the dangers of polluting water. It also shows the importance of testing water sources and acting quickly if there is any doubt about water safety.

To remove arsenic from drinking water

A simple filter has been developed in Bangladesh that uses iron nails to take arsenic out of the water (see also Other Water and Sanitation Resources). This reduces the number of poisonings, but it does not solve the problem of contaminated water.

← PREVIOUS | NEXT →
Retrieved from "http://en.hesperian.org/w/index.php?title=A_Community_Guide_to_Environmental_Health:Toxic_Pollution_in_Water&oldid=94763"