Clear communication with community members, allies, and decision-makers about your ideas, plans, and goals is essential for building support and influencing public opinion.

To inform, persuade, and inspire people to support you, you first need to understand what they already know, think, and feel about the issue and why. The more you are able to find out, the better prepared you will be to address their questions and concerns.

It is helpful to think about all of the different audiences or groups you are trying to persuade. Who supports your ideas already? Who is undecided? Who is opposed? This can help you in your advocacy efforts as you prepare arguments to mobilize supporters, and to change the opinions of others.

An opinion map is helpful for thinking about different audiences and how you can influence those who are undecided, those who oppose your ideas, and those who agree but could be more active in their support. This activity also helps a group develop specific messages for each audience, and plan the next steps the group will take.

To prepare: Have the group review a power map they have already made on the issue. Prepare a large sheet of paper with columns left to right for "Active Allies," "Allies," "Undecided," "Opponents," and "Active Opponents." 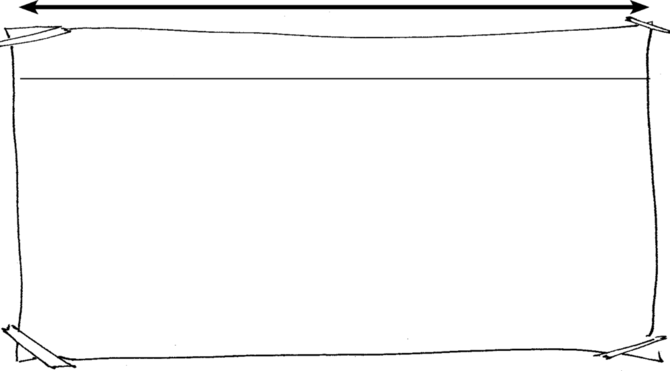 Support
Oppose
Active ally
Ally
No opinion or Undecided
Opponent
Active Opponent
Student government
Loves slogan: Your body, your health, your clinic
TO DO:
Distribute flyers with slogan all over school to build support among students.
Community health center
Supports school clinic to ease workload and improve health
TO DO:
Enlist nurses to convince others of health benefits of school clinic.
Ministry of Education
Trying to avoid controversy
TO DO:
Delegate students and health workers to make case for school clinic.
School Administration
Oppose clinic because of cost
TO DO:
Make a sample budget (with help of local clinic) to show it is affordable.
Parents
Fear that access to birth control will make youth sexually active
TO DO:
Find studies showing opposite is true. Write letters to the editor. Develop flyer for handing out in public.

Whether you are speaking at a rally, making a presentation, talking with a reporter, writing a flyer, or posting on a website, prepare your message carefully. You may have to make different messages for different groups of people. For each message, consider two things: what are the one or two ideas you want your audience to remember, and how will sending this message strengthen your cause?

Messages to your allies should be calls to action that give simple, immediate, and specific ways to be involved. The best messages suggest multiple actions, such as signing a petition, sharing information via social media, or attending events. Keep your allies updated and engaged!

Messages to neutral parties, who have not made up their minds or do not feel strongly, require information that will help enlist them as allies. While this audience may already know about the issue, your job is to help them gain a new perspective and care more. What facts and figures might appeal to their values? Using personal stories and testimonies is particularly effective.

To convince people in Mexico City about the problem of women dying from unsafe abortion, we have a doctor speak because people will listen to a doctor. The doctor uses statistics, and then tells a real story about a young woman who died. People can imagine a sister or daughter facing the same situation as this young woman.

Messages to opponents respond to their criticisms. Anticipate their arguments and plan your responses. One effective way to respond to arguments or criticism is to refocus or reframe the discussion.

Use this activity to develop or improve your group’s advocacy message, and to prepare printed or written materials.

To prepare: Select several advertisements or political campaign messages from magazines, newspapers, or printed from websites. Post them on walls in different places in the room.

Once you have decided who your target audiences are, decide where and how you will communicate your message: through mass media, such as the Internet, radio, or newspaper? By making posters? By giving performances, discussions, or speeches?

Mass media and public discussion tend to be very effective at reaching government officials, political leaders, and large audiences, while community art, posters, and performance tend to work well for local audiences who may have less access to print materials, or who usually do not participate in policy discussions.

Get media coverage. Find journalists who care about your issue. Develop an idea of the story you want them to create and how to present it. Since journalists often work on "popular" or current news, explain how your story relates to current headlines. Stay in contact with reporters and let them know how your story is developing. They may not respond at first, but if you can develop a relationship, they might write about you in the future. Most reporters only use a tiny piece of what you say, so be clear and to the point. If the conversation strays, bring it back to your main ideas. Don’t be afraid to repeat yourself! Role play keeping to your message by asking a friend to distract you with questions that are not about your message.

You can also write your own press releases, which are updates about activities your organization is doing, and send them to the media. Another option is to write letters to the editor, or you could make and distribute your own recorded talks, called "podcasts." This is a good way to represent yourself in your own words.

Use public space. Create posters, street theater, and speeches to be shared in public. This can be a fun way of engaging your supporters and attracting new ones. 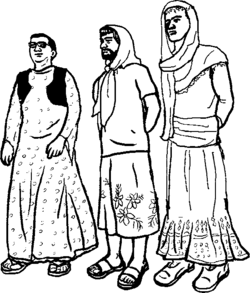 In the Kurdish area of Iran, a court punished a convicted abuser by making him wear a dress to publicly humiliate him. In response, women and men protested in the streets and one group, calling themselves "Kurd Men for Equality," started a social media campaign in which they posted pictures of themselves in women’s clothing to challenge the idea that being a woman was humiliating

Mobilize through social media. Social media such as Facebook and Twitter can be a quick and compelling way to communicate with your allies. If you make a page for your organization, you can send updates, invitations, articles, videos, and pictures to your followers. Using social media, you can also communicate with similar groups far away to share ideas and build alliances. When working on a controversial project, consider using an anonymous profile for safety. You can do this by making a Facebook profile that does not have friends or pictures of members, but does include information on how viewers can get involved.

Eight of every ten Egyptian women report they face daily harassment on the street. To combat this, a group of people created the HarassMap, an interactive map where women can report where and how they have been harassed. The group uses Twitter and Facebook to collect reports and also communicate with volunteers doing community education in high-harassment neighborhoods. This outreach enables the volunteers to create "safe zones" in those areas, where women can go if they feel unsafe. The group also has a blog where they post more resources for people seeking help, including classes for self-defense.

← PREVIOUS | NEXT →
Retrieved from "http://en.hesperian.org/w/index.php?title=Health_Actions_for_Women:Creating_a_communication_strategy&oldid=91817"