Discrimination in the factory

It is no coincidence that most workers in export factories are young women. Because society teaches women to obey and serve men, bosses think they will accept the low salaries and harsh conditions of the factories. They also know that many young women were denied education, so factory work is one of the few opportunities they have. This makes bosses believe that women are less likely to cause "trouble." The same is true for people who migrate to ﬁnd work.

Young and women workers get hired for low-skilled jobs with the promise of promotions later. But after they learn the skills necessary to change jobs or become supervisors, bosses might still pay them starting salaries.

Women are usually not promoted, even when they are qualified.

What good will it do to organize for a higher minimum wage if, as women, we are not guaranteed equal pay?

Wages are low in export factories. Yet women, indigenous people and ethnic minorities, workers who migrate, and people with disabilities are usually paid even less.

Insults and harassment by the boss are intended to make workers feel worthless and fearful and can lead to physical and mental health problems. Women, people who migrate, indigenous people, people with darker skin, and people with disabilities are often treated in ways to make them feel they are more stupid or worth less than other workers. Women are often humiliated and harassed because they are seen as less than men.

When workers’ self-esteem is harmed by the discrimination they face at work and in their community, they might feel they have no power to fight against unfair and unhealthy working conditions. However, even when we do not think so, we all have power in one or many parts of our lives (see We have power, too!).

The dirtiest, most dangerous, and lowest-paid jobs in the factory go to workers with the least power in the factory or community, or are given out as punishment to workers involved in organizing to keep them isolated, harass them, and force them to quit. When equipment and tools are not designed to fit women, they can lead to serious health problems caused by poisoning and strain and overuse (see Chapter 7: Ergonomics). Women who get pregnant should be moved to less difficult, less dangerous jobs, with no reduction in pay. When this does not happen, it puts them and their babies in danger (see Chapter 26: Reproductive and sexual health). 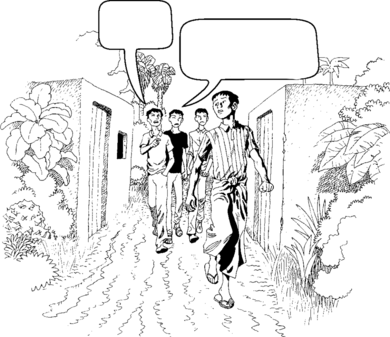 You take our jobs.
You’re going to wish you stayed where you belong!

Bosses use violence and the threat of violence to control workers. But often, the workers who are the most discriminated against are the ones that face the worst kinds of violence. Women and migrant workers are targeted most often. The violence inside a factory is often a reflection of the discrimination faced in our communities.

Blaming workers instead of the boss

Millions of people migrate from rural areas of China to work in factories in the big cities. In fact, the Chinese government encourages companies to hire workers from poor regions in China where most of the ethnic minorities live. Bosses know migrants left poverty and hardship in their home towns and are desperate for jobs. Employers take advantage of their desperation and say, "There are others just like you outside the door waiting for a job, so don’t complain or we’ll just fire you and hire someone new."

Workers who migrate face different hardships than local workers, but inside the factory walls, all are hurt by unfair and unsafe working conditions.

In Guangdong factories, the majority Han group clashed with the Muslim minority Uyghur people. The Han resented the new group for many reasons. When the boss started ﬁring Han workers and replacing them with Uyghur workers, many Hans blamed the Uyghur, instead of blaming the boss. When false rumors about Uyghur men raping Han women began to spread, the Han put all their frustration and anger into ﬁghting Uyghurs. Fights broke out among hundreds of Han and Uyghur workers and riots lasted for hours. Two people were killed. Fights between Han and Uyghur broke out in other communities as well. 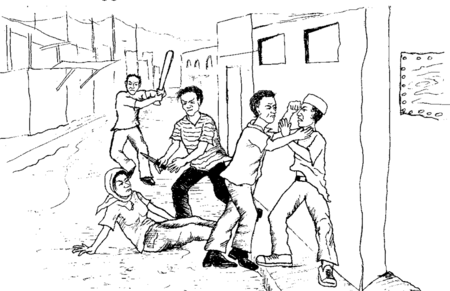 In the end, the police had to intervene, arresting and beating many workers. But nothing changed. The workers who were ﬁred were not rehired and the conditions in the factories only got worse for both Han and Uyghur.

When society believes in the superiority of one group over others, this carries over into the workplace. Workers with lighter skin may look down on workers who have darker skin. In racist societies everywhere, even the poorest people with lighter skin usually have privileges that darker skinned people do not. People with HIV, a disability, or qualities that make them visibly different are often abused the most. 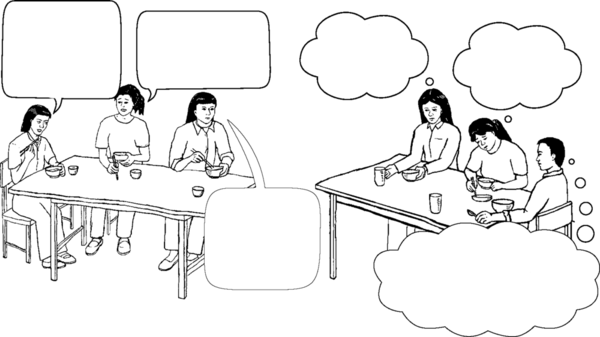 I don’t want them to join our union. They are taking our jobs!
But with them, we would have a bigger and more powerful union.
They are backward. They should go back to where they belong.
I’m scared of them beating me up.
They treat us like we are less than them.
They told everyone I have AIDS. I don’t, but it doesn’t matter. The boss will fire me when he hears this.

No representation in the union or worker committees

Unions and groups that support workers should represent and ﬁght for the needs of all workers in the factory. But sometimes unions are led by one group of workers who have more power or privilege than others. They might ﬁght for issues that affect only them and their group or not know (or care to know) about the issues that affect other workers. 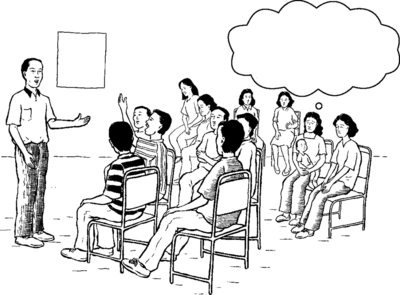 UNION MEETING EVERY WEDNESDAY 8pm-9pm
If there was childcare maybe I’d have a chance to stand up and talk.
Unions are often led by men, even if women are a majority in the factory.

The UN Universal Declaration of Human Rights says every person:

The UN International Convention on Elimination of All Forms of Racial Discrimination (ICERD):

The ILO Discrimination (Employment and Occupation) Convention (No. 111) bans discrimination based on race, color, sex, religion, political opinion, or national or ethnic origin in getting a job, type of occupation, and exercise of worker rights. The ILO specifically supports the rights of vulnerable groups including: indigenous and tribal peoples, migrant workers, women workers, and children who work.

The ILO Equal Remuneration Convention (No. 100) says all male and female workers should receive equal pay for equal work.

The UN Convention on the Elimination of All Forms of Discrimination Against Women (CEDAW) says:

← PREVIOUS | NEXT →
Retrieved from "http://en.hesperian.org/w/index.php?title=Workers%27_Guide_to_Health_and_Safety:Discrimination_in_the_factory&oldid=95518"