HealthWiki > Where Women Have No Doctor > Chapter 2: Solving Health Problems > Working for Change

When Juanita had taken the medicine and was feeling better, it was tempting to think that her health problem had been solved. But she knew this was not true. When her husband returned from the coast, she would get infected again if he did not take the medicine and use condoms. She discussed the problem with Suyapa and other women whose husbands work at the coast, and together they decided to ask Valeria for advice.

Looking for the Root Causes of Health Problems

Valeria gathered the women in a circle, and asked them to try and answer her questions: 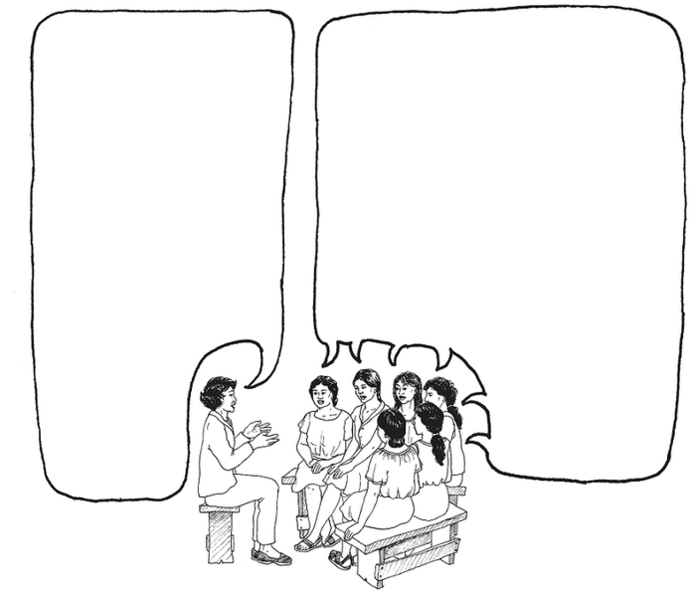 When the women had named a long list of causes, Valeria suggested putting the causes in groups. This way it is easier to see the different kinds of conditions that cause health problems:

Physical causes: germs or parasites, or something that goes wrong in the body or that the body lacks

Environmental causes: conditions in the physical surroundings that harm the body, such as cooking smoke, lack of clean water, or crowded living conditions

Social causes: the way people relate to or treat each other, including their attitudes, customs, and beliefs

Political and economic causes: causes having to do with power—who has control and how—and money, land, and resources—who has them and who does not

When the women put the causes of Juanita’s problem into these groups, they came up with the following list: 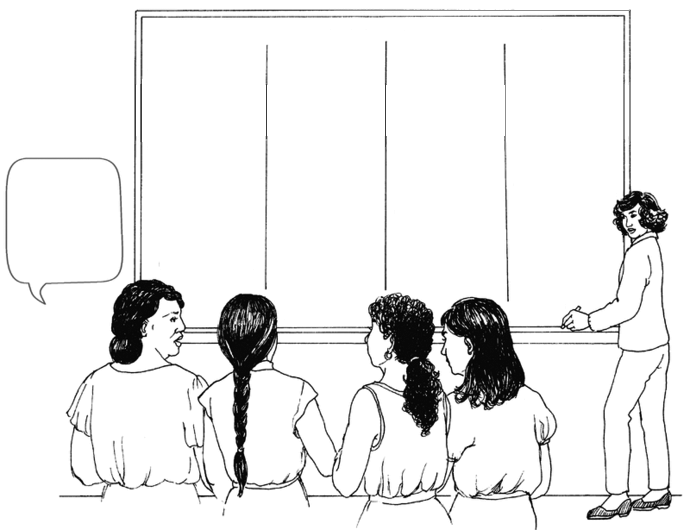 This is a nice list, but what can we do about these things?

The next step, Valeria told the women, is to look at the different causes and decide which ones you and others in the community can change. Then think about what actions must be done to make the changes happen.

After a lot of discussion, the women decided they would probably not be able to change the fact that the men had to go away for work—or even keep them from having sex with other women. But they thought they might get their husbands to use condoms if the men knew more about STIs, and if condoms were not so expensive. The actions they decided to take were:

Let's ask Don Pedro to talk with the men about STI's since they respect him and listen to him.
Let's all meet together to practice talking with our husbands about using condoms.

I'll see if the health center can give out free condoms.

Other members of the group suggested these actions:

The last step, said Valeria, is to make a plan to carry out each of these ideas for action. The plan, she said, should answer each of these questions: 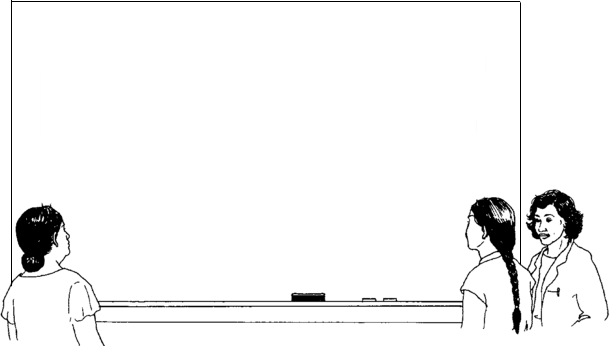 Cause: Men do not use condoms.
Action: Help men learn about how STIs are spread.
What/Who: Don Pedro will talk to the men about STIs and how condoms prevent the spread of STIs.
When: When the men return from the coast.
What materials do we need? Condoms.
Who is responsible? Juanita will ask Don Pedro.
How will we evaluate? If men begin to use condoms.

To help you use this method of solving health problems yourself, here is a chart with a list of all of the steps. On the left are the steps and on the right are the parts of Juanita’s story that go with each step. Any time you have a health problem you can use this chart to help you remember this method for thinking about and taking action to solve the problem.

← PREVIOUS | NEXT →
Retrieved from "http://en.hesperian.org/w/index.php?title=Where_Women_Have_No_Doctor:Working_for_Change:_Solving_Health_Problems&oldid=91980"