HIV is a virus, which is a very small germ that causes infection or illness. All kinds of people can get HIV — young or old, rich or poor, men or women, people from any profession, race, or religion. Some children are born with HIV. 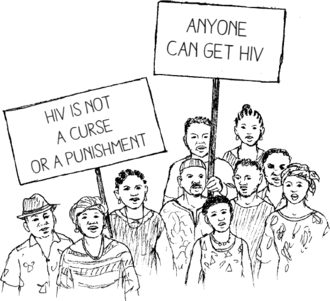 What HIV does in the body

HIV stands for Human Immunodeficiency Virus, which means it happens to people (humans) and makes them more easily become ill because the virus makes their immune system weak (deficient).

You cannot tell if someone has HIV infection by looking at them or watching their behavior. A person with HIV may not know either, and may live with HIV for many years without developing any serious illnesses or looking sick.

HIV infection makes babies and children ill faster than it does adults. While adults can take 8 to 10 years to show serious signs of illness from HIV, babies born with HIV often become sickly or die within their first year. Without treatment, many babies with HIV infection die before they reach age 2.

One reason HIV worsens more quickly in children is that, unlike adults, a baby does not have a fully developed immune system. All babies are born with some protection from illness shared from their mothers and they get more from breastfeeding. As children grow bigger and more able to do things, their immune systems develop too, partly in response to fighting illnesses. 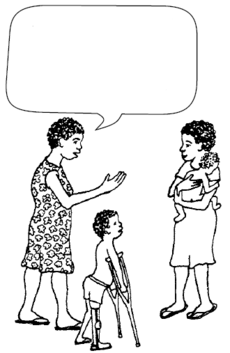 It’s easy to get your baby tested. If we had tested David, treatment could have helped his walking.

But babies infected with HIV do not get the chance for their immune systems to develop fully because HIV takes over their CD4 cells too quickly. Without treatment, babies cannot fight illnesses and most will die.

Another difference for children is that HIV infection can harm how children grow during their first few years of life, which is the time they learn and grow the most. Moving, speaking, understanding — all the abilities that change so much during the first 5 years — depend on the healthy growth of a child’s brain and nervous system (the parts that connect the brain to the whole body). HIV can infect this system and make it harder for children to develop well. So without treatment, HIV causes some children to develop disabilities as they grow.

HIV tests are used differently in children and adults because of babies’ less developed immune systems and the protection they get from their mothers. See Chapter 8: How to know if your child has HIV.

How does HIV spread?

HIV can spread when the body fluids from someone with HIV infection get inside the body of someone else. This most commonly happens through sexual intercourse. It can also happen when sharing or using unsterilized needles or other things that cut the skin, or from a blood transfusion. HIV can also spread when a mother’s HIV infection spreads to a baby during pregnancy, birth, or breastfeeding.

People at the very beginning of an HIV infection have a lot of HIV in their blood for just a few weeks, even if they do not feel ill. It is very easy to infect others during this time through sex or any of the other ways of sharing fluids. Unfortunately, most people do not know they have HIV right after being infected.

Because sex and childbirth are such common activities, they can spread a lot of HIV. But HIV does not spread casually like many other diseases: you cannot get HIV through the air from someone coughing or sneezing, from touching shared objects such as dishes, clothing, or door handles, or from sharing water or food. It is just not possible to spread HIV through these ways of being together.

There are more than 60 different types of HIV, including the most common types, HIV-1 and HIV-2. It is possible to get more than one type of HIV, so always practicing safer sex, where body fluids do not pass between partners, is important for both you and your partners even if one of you already has HIV. 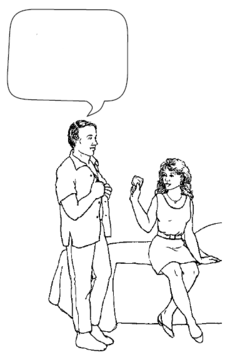 If we both have HIV, why do I still have use a condom?

How do you know you are infected with HIV?

When a person is first infected with HIV, he may not even know it. He might have a fever, headache, rash, or upset stomach — problems common with a cold or the flu. Many people do not get sick at all. During this first stage of HIV infection, people have a lot of HIV in their blood and can easily infect others. After a few weeks, the immune system partially controls the HIV, but cannot get rid of it completely.

Adults often remain strong and healthy for years after they first get HIV because they still have enough CD4 cells to help fight off colds, diarrhea, and other illnesses. This is why someone can be infected with HIV and not know it — because he feels healthy. But all the while, the HIV is growing in his body, slowly making him less able to fight illness. 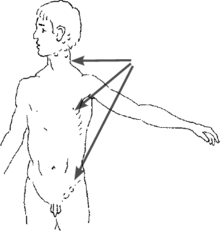 Some people may have early signs of HIV infection, such as swollen lymph nodes. The lymph nodes are part of the immune system and are found under your arm, on your neck, and in your groin area. They swell when the immune system is fighting a serious infection.e both have HIV, why do I still have use a condom? 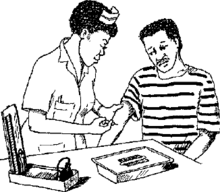 People with HIV may also get more coughs and sore throats than usual, or lose weight. Because all of these signs can also be caused by other problems, the only way to know for sure if you have been infected with HIV is to get an HIV test (see Chapter 8).

When it is not treated, HIV can cause AIDS, which stands for Acquired Immune Deficiency Syndrome. AIDS is the serious stage of HIV illness that happens when someone does not take ART or if their ART stops working.

AIDS happens when a person’s CD4 cells are mostly destroyed and he becomes unable to fight diseases. Usually, someone with AIDS has lost a lot of weight and has a lot of infections and skin problems. His illnesses are worse than usual, more difficult to treat, and keep coming back.

When a person has HIV... 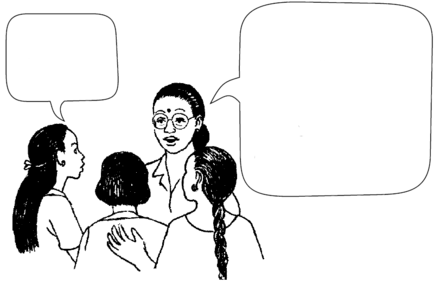 If a person is unwell, AIDS can develop more quickly. For example, having tuberculosis (TB) or being malnourished when you have HIV can weaken your immune system more quickly, allowing HIV to kill more CD4 cells. This makes AIDS happen sooner. Because young children have undeveloped immune systems, they develop AIDS more quickly than older children or adults.

← PREVIOUS | NEXT →
Retrieved from "http://en.hesperian.org/w/index.php?title=Helping_Children_Live_with_HIV:Understanding_HIV&oldid=93280"