One of the things communities can do to help make birth safer is to ensure that women get emergency medical care when they need it. Here are some ideas people have used to help women and families when there is a birth emergency. 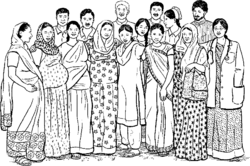 Form an emergency health committee. A committee can be made up of midwives, nurses, doctors, husbands, pregnant women, teachers, and business owners who meet regularly to make sure services are available and adequate for pregnant women in the community.

A man speaks out for access to emergency transport in Tanzania

In a Tanzanian village, a 14-year-old girl named Teresia was pregnant. Teresia was not yet a fully-grown woman, and she had not planned on becoming a mother so young. The health center nurses knew giving birth could be dangerous for her and her baby because her pelvis was probably too narrow for the baby to fit through. They told her family she should give birth at the regional hospital in case she needed an operation. So her family saved money to pay for an ambulance. But when she went into labor, the price of gasoline had gone up, and the family did not have enough money to pay for the trip. The health center’s officer refused to let her ride in the ambulance, even though he knew her life was in danger. He scolded the family for waiting to go to the hospital, and said, "It is your responsibility if she dies." The village secretary, Abdallah Sadiki Aziz, heard of the problem and sold his bicycle to help buy enough gasoline for the ambulance, and he went with the girl and her family to the hospital. When they reached the hospital, Teresia had a Cesarean section, but her baby had died. Teresia never recovered from the birth and died a few weeks later.

Many months later, members of an organization called Women’s Dignity visited the village and talked with the local officers about safe motherhood. Abdallah spoke out, criticizing the local health officer for continuing to charge people who needed the ambulance service. Women’s Dignity invited him to a meeting with the district authorities where he explained how the officer had refused to help Teresia. Because of this, the officer in charge of the health center was transferred. Abdallah said, "The new clinical officer made sure that the ambulance is free of cost for pregnant women and small children with emergencies. The villagers are happy, and many have come to thank me for speaking out."

Abdallah was also invited to speak at Tanzania’s first Popular Tribunal on Girls’ and Women’s Lives. He was interviewed by reporters and spoke on national radio. People across the country learned what he had done, and about the dangers girls and women face every day giving birth. Abdallah says, "I don’t want to draw too much attention to myself, but I was glad I got a chance to tell district officials about Teresia’s case. I enjoyed speaking at the Tribunal, because I learned a lot about human rights, things I didn’t know before. I will use this knowledge to tell others in the village. But I don’t want people to think I am a troublemaker, especially not the health center staff. My wife, my children, and I rely on them when we are ill. However, if a similar problem happens once more, I would certainly speak out again, for the sake of the women of our village."

Since Abdallah testified, there has been a wider push to promote safe motherhood nationally. Tanzania’s current policy, the National Road Map Strategic Plan, requires half of all health centers to provide comprehensive emergency birth and newborn services by 2015. Although these legal developments are promising, practices are slow to change. Safe motherhood advocates in Tanzania say women still pay bribes to get medical attention at health facilities and face constant shortages of basic birthing supplies and medicines. The laws are a step in the right direction, but now activists must continue to apply political pressure to uphold the new regulations. 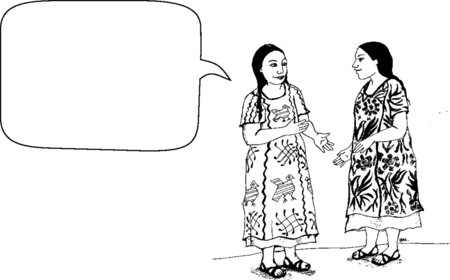 If that can happen in Tanzania, it can happen in Mexico too. I am going back to my community to talk with the men about organizing to make sure no woman dies in childbirth.

← PREVIOUS | NEXT →
Retrieved from "http://en.hesperian.org/w/index.php?title=Health_Actions_for_Women:Community_solutions_to_make_birth_safer&oldid=93147"