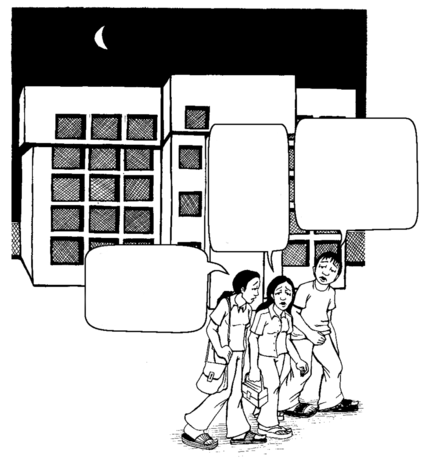 I’m so tired. I wish we didn’t have to walk so far.
At least we can walk together and feel safer.
If there was a bus to our neighborhood, we would be home by now.

Getting to and from work is a serious concern for many factory workers. Buses often do not operate early or late enough to accommodate long working hours. Traveling late at night or early in the morning can be dangerous around many factories, especially for women workers. Too many women workers have been raped or killed after they leave the factory with no safe transportation home. Many workers have to spend many hours to get to work, adding to their already very long workday.

Safe transportation between home and work is one way to protect workers from assault, robbery, and rape. Making transportation available also reduces stress and exhaustion by giving workers more time to rest, shop and prepare food, and take care of personal needs.

Here are some ideas that different groups have tried:

Work directly with the bus drivers — if many workers use their services, it might be good business for them to offer better routes and times of service.

While organizing for better transportation, groups have also organized campaigns for workers to be safer going to and from work. Make a map of where your co-workers live to help you create a buddy system for walking, biking, or riding public transportation together. 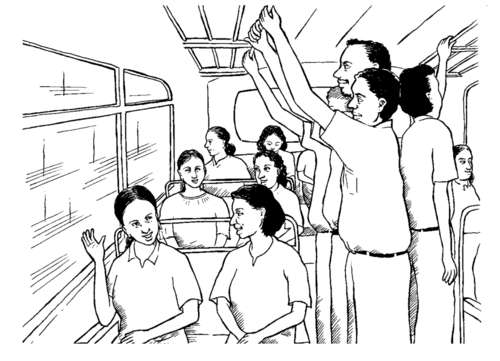 Thousands of young women workers in Sri Lanka’s Katunayake Free Trade Zone migrated from the countryside to a vast community of boarding houses outside the Zone. Union organizers surveyed workers in the boarding houses about their concerns. They learned that the women did not feel safe traveling to and from the factories late at night because there were a lot of robberies and rapes in that area.

The organizers brought the women together to talk about the problem, discuss solutions, set priorities, and plan actions. The workers took up a series of campaigns and won several important changes.

Police reforms: Male police were unresponsive to women’s concerns and unwilling to investigate attacks. Women did not report attacks expecting only disrespect from the male officers. Workers convinced the police station to set up a women’s desk, staffed by women 24 hours a day. There are still problems with the police, but the situation is much better now.


Streetlights: Streetlights had been put in around the Zone and boarding houses, but they did not work everywhere. Some broke from weather and wear, others were broken by people who wanted to make the street dark. Repairs were rarely made. Workers got the government to fix the broken lights and agree to make repairs when problems are reported. 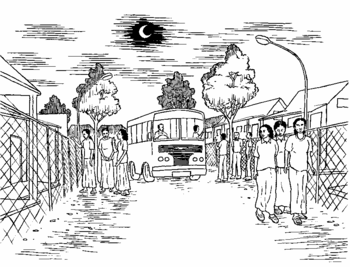 Local bus service: Workers pressured the government to start local bus service between the Zone and the boarding house community. The bus route was so popular that later the union convinced the factory owners to buy 2 more buses for the service. Not only did the women feel safer, they also did not have to walk an extra 3 kilometers each day.

These changes reduced violence and rape, and also helped the women learn a lot about organizing and creating change in their community. It built more of a community feeling among the workers. Now workers watch out for each other more, especially at night when leaving the factory.

← PREVIOUS | NEXT →
Retrieved from "http://en.hesperian.org/w/index.php?title=Workers%27_Guide_to_Health_and_Safety:Transportation&oldid=95431"