In most countries, there are vaccines to protect against:

Where needed, there are vaccines to protect against: 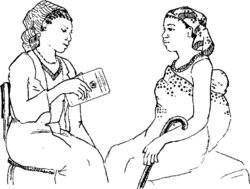 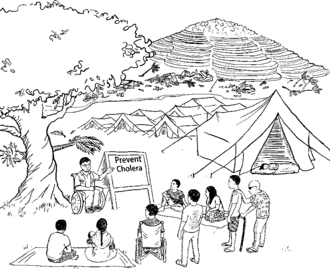 Cholera is a diarrhea disease that can quickly kill people of any age through dehydration. Cholera is especially dangerous for babies and children.

The vaccine against cholera is taken by mouth and used where an outbreak has started or might occur, especially in camps or settlements where refugees or displaced persons are living. Either 2 or 3 doses will be needed depending on the vaccine manufacturer. If cholera returns to a region, people may need the complete series again or just 1 booster dose.

Pregnant and breastfeeding women and people with HIV should be included in any cholera vaccination campaign.

This vaccine prevents a very serious meningitis brain infection most common in countries of northern and central Africa. The vaccine is for children and adults. Health workers will need it if there is an outbreak. It is safe for pregnant women. Either 1 or 2 doses will be needed, depending on the vaccine manufacturer. Different regions use the version of this vaccine matched to the type of meningococcal germ that is present.

Yellow fever is a virus carried by mosquitoes. When yellow fever comes to a new area, it spreads quickly and is especially dangerous for young children.

Where yellow fever is common, vaccinate children with 1 dose at the same time as measles, at 9 to 12 months old. If yellow fever comes to a new region, vaccinate everyone, including babies older than 6 months.The vaccine is also given to people traveling to where there is yellow fever.

Japanese encephalitis is a virus carried and spread by mosquitoes in parts of Asia. A vaccination campaign might first target all children younger than 15 years old. After that, only new babies will need to be vaccinated. Children need 1 or 2 injections, depending on the vaccine manufacturer.

This encephalitis is carried by ticks, tiny biting insects that burrow into the skin and are hard to see.

Children usually need 3 injections, the first at either 1 or 3 years old, a second 1 to 7 months later, and a third 9 to 12 months after the second one, depending on the type and vaccine manufacturer. Where tick-borne encephalitis is common, a booster will be needed every 3 to 5 years. Because the sickness is especially dangerous for older people, campaigns may focus on vaccinating adults over 50 years old.

Hepatitis A is spread by contaminated food or water and harms the liver. It causes extreme tiredness, sometimes for months. It goes away on its own and will not return. Where hepatitis A is common, there is no need for vaccination but where most people have never had the illness, the vaccine will prevent sickness.

Either 1 or 2 doses of vaccine is given depending on the manufacturer. When routinely given to children, the first injection is given at around 12 months old, and the second 6 to 18 months later.

This vaccine prevents chickenpox, an illness that causes fever, rash, itching, and tiredness during 1 or 2 weeks. Depending on the manufacturer, either 1 or 2 injections are given to every child, and sometimes to older children and adults.

Influenza (flu) is the name for a group of viruses that spread for a few months every year, causing fever, chills, and other signs similar to common cold but more severe. Most people will recover from the flu, but it can be serious for babies, elders, or people with health problems. A new vaccine is created each year to protect against the changing flu viruses. Vaccinating women who are pregnant is often a priority because they will transfer protection to the developing baby, who cannot be vaccinated against the flu until at least 6 months of age.

Usually 1 injection is given each year. Children 6 months to 5 years old are given 2 injections, 4 weeks apart, the first time they are vaccinated.

Typhoid is an infection causing fever, vomiting and other signs. It can be treated with antibiotics. Typhoid spreads from person to person through food or water. Handwashing and access to clean water and sanitation prevent it from spreading. The vaccine against typhoid comes in 2 forms: injection or tablets. The vaccine is used mostly when there is a typhoid outbreak and also for people traveling to where typhoid is common. 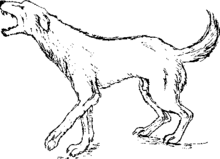 Rabies is a deadly virus carried by animals, usually dogs or bats. Rabies is very rare in some countries and more common in others. Vaccinating all dogs against rabies lowers the risk to humans. If an animal with rabies bites someone, the person needs the rabies vaccine injection series starting right away and they also may need an injection of rabies immunoglobulin. Washing the bite very well with soap and water for at least 15 minutes is important.

Using the rabies vaccine after an animal bite: When the person needs both rabies immunoglobulin and rabies vaccine, give the immunoglobulin first then use a different clean needle for the vaccine. Inject the complete vial of vaccine (either 0.5 ml or 1 ml depending on the vaccine manufacturer) into the upper arm muscle on the day of the bite, and then again on day 3 and day 7. Then, a fourth injection is given between day 14 (2 weeks) and day 28 (4 weeks) after the bite. For a child 2 years or younger, the injections are given in the upper thigh. Do not give rabies vaccine in the buttock.

Even if there is no rabies immunoglobulin available, washing the skin very well right away and giving the series of rabies vaccine can prevent rabies.

The rabies vaccine is given to prevent rabies before a person is bitten but usually this is only needed by people who work directly with animals that are likely to have rabies.

← PREVIOUS | NEXT →
Retrieved from "http://en.hesperian.org/w/index.php?title=New_Where_There_Is_No_Doctor:Common_Vaccines&oldid=96132"