What is child abuse 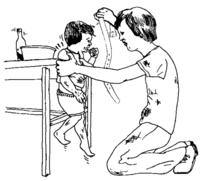 Walking home, Jojo was tired and upset from an argument with his boss. At his doorway, 4-year-old Donny ran into him, hands covered in mud, and got Jojo’s uniform dirty. Jojo grabbed the boy, yelled at him, and took off his belt to give him a whipping.

Two-year-old Frank had his sister’s glasses in his hand when she woke up, and they were broken. She took them from him angrily and pinched him, thinking, “How can I teach him not to touch my things?” She put his hand in water so hot it burned his skin.

Cora’s dirty diaper had been changed recently, but William could tell she was dirty again. There were no more clean cloths. Since he wanted to spend time with his friends rather than wash anything, he left her overnight in the dirty cloth.

Five-year-old Aya was carrying a pot of stew to her aunt and cousins who were waiting to eat when she tripped and spilled some. Her aunt called her a stupid, ungrateful child who did not deserve to eat with them, and said she was probably the cause of her parents’ death.

Yacob, age 6, went to live with his aunt and uncle after his father died. To earn his way, he worked long hours at a sandal factory and was not sent to school. He ate after the family, not with them, and was always hungry and tired. 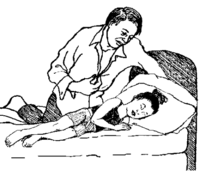 Bettina was 7 and her mother worked at night. Sometimes the uncle who lived with them lay down with Bettina at night and rubbed himself between her legs.

Sexual abuse is an especially harmful form of child abuse, and, sadly, all too common, especially for children affected by HIV. Because some signs, causes, and ways to support the child are different than in other types of abuse, we mostly discuss sexual abuse in a later section. 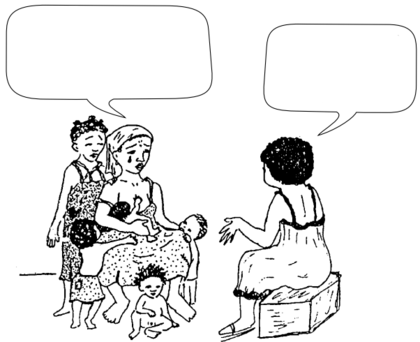 I know they are hungry and alone too much! I do not have enough food for them. I only leave them alone to find what I can.
I can see that you are doing your best, my sister. Let me see if I can find you some help.

Child abuse is something done to a child that hurts the child’s health or development physically, emotionally, or sexually. Children may be abused by individuals, families, institutions, and social and economic systems. Abuse can be intentional, a “side effect,” caused thoughtlessly through neglect, or caused by circumstances beyond a person’s control. Child abuse is not always obvious.

Signs of physical abuse and neglect

While signs of physical abuse are usually the most visible, you may also see signs of emotional abuse or neglect. When watching out for abused children, it is best to observe children over several days or a week. Watch for:

How does abuse harm children?

Violence, emotional abuse, and neglect harm a child’s development. Babies who lose a parent may not get enough to eat or enough stimulation. These babies may grow more slowly, physically and mentally, and even have permanent damage. If babies do not get enough breast milk, or substitute milks with enough nutrients, it can affect their brain and body development.

Babies also need love, not just food. Children who are pushed away, hurt by caregivers, rejected by their community, or not shown love often live with anger, sadness, or depression (no interest in anything). These children often struggle to learn and make friends. 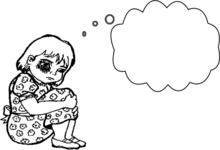 Maybe he won’t hurt me if I stay very still.

Being regularly abused by a caregiver makes children live in constant fear of physical violence, scolding, being belittled or shamed, or other harsh treatment. Abused children may lack confidence or may become bullies themselves. Their world is dangerous and unpredictable. Fearfulness and lack of confidence make children less active, less curious, and less social. These all make children slower to learn and develop.

Children who often face sudden, harsh punishments may also learn to obey adults without question. This makes a child more vulnerable to sexual abuse and exploitation.

In extreme cases, both neglect and harsh treatment can cause injuries, disabilities, and even death. For example, when a baby does not stop crying, a caregiver may become so frustrated that he shakes the baby, which can permanently harm the baby’s brain or even kill him.

Children who are abused or bullied often do the same to others.

Being abused causes many children to develop problems later in their lives, such as drug or alcohol problems, depression, violence in their relationships, or wanting to kill themselves. And as older children or adults, they may abuse their own children.

How much harm child abuse does depends on how serious it is, how many times it happens, and if the child has support to recover from the abuse.

Why do adults abuse children?

Most parents and caregivers do not mean to abuse a child or cause her lasting harm. Sometimes adults abuse children because they: 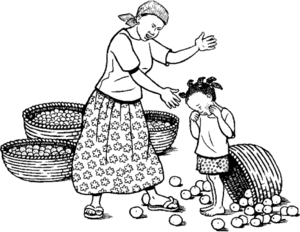 Orphaned children may behave in very difficult ways as they grieve. They may resent and fight the new family they have been thrust into. The same changes that are hard on these bereaved children are often hard on the new family too. Caregivers easily lose patience, making the situation worse for everyone.

Many caregivers are mistreated themselves by society. They may be discriminated against because of race, gender, disability, or other stigma. They may be humiliated or bullied by employers, police, or the military. Feeling powerless, angry, or uncaring because of this treatment can lead them to abuse others — including children.

As a child, I was taught to obey, to stand still, and not to speak in the presence of adults.
But see how Frannie wants to share her ideas? She is a smart girl. Maybe she will be a scientist or have her own business someday.

← PREVIOUS | NEXT →
Retrieved from "http://en.hesperian.org/w/index.php?title=Helping_Children_Live_with_HIV:What_is_child_abuse&oldid=93294"