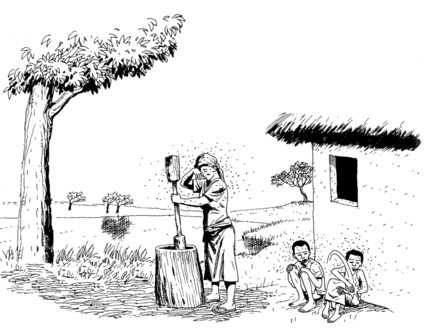 Mosquitoes carry serious diseases such as malaria, dengue, and yellow fever. These diseases spread quickly from one person to the next. Mosquitoes breed in water that does not move (stagnant water), sometimes called “standing water.”

To prevent diseases spread by mosquitoes:

Rapid changes in land use, such as cutting down too many trees, building dams and diverting rivers, or removing vegetation from large areas of land, all create conditions that allow mosquitoes to breed.

Illnesses carried by mosquitoes spread even more quickly during emergencies such as wars, large movements of people, and natural disasters, when people find it difficult to take ordinary preventive measures.

Malaria on the Trans-Amazon Highway

For many years, the government of Brazil worked with communities throughout the country to prevent and treat malaria. After years of work, there was no longer much malaria in Brazil. But over time, with changes in land use, and with less health care and health promotion, malaria began to come back.

In 1970, the government began to build a new road through the rainforest called the Trans-Amazon Highway. The government built houses and farms along the new highway and moved people from the poorest and most crowded parts of Brazil to live there. Cutting a road through the rainforest destroyed millions of trees and left a large area with no groundcover. Rainwater collected in ditches and pools, making places for mosquitoes to breed. Animals and birds that would normally eat the mosquitoes were killed or fled from the area the road passed through. And there were few clinics or health workers to care for the people building the road and moving into the new settlements.

Wherever the highway went, malaria followed. Many of the people who built the road caught malaria, and many died from it, as did the people who settled along the completed highway. The new settlers suffered greatly because the soil was not rich enough for farming and rains damaged the road, making travel difficult. Poverty and isolation made health problems worse. Once again, malaria became the number one killer in the entire country. 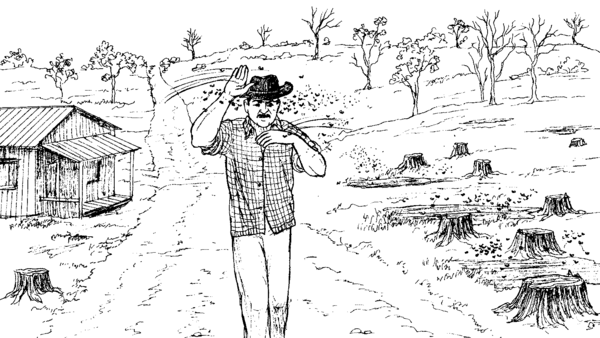 Email us at [email protected] with a story and the first 50 responders will receive a free copy of Community Guide to Environmental Health in either English or Spanish.
← PREVIOUS | NEXT →
Retrieved from "http://en.hesperian.org/w/index.php?title=A_Community_Guide_to_Environmental_Health:Chapter_8:_Health_Problems_from_Mosquitoes&oldid=96546"